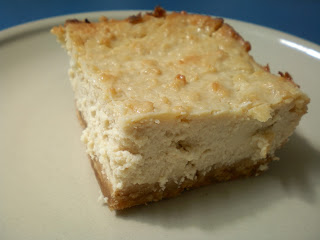 I decided to simplify (as I tend to do) and also use measurments based on what packages the foods actually come in here in Australia.

The media coverage for this event leaves a lot unspoken so I will write what I saw happen here.

At 6pm in King George Square, Brisbane, approximately 400-500 people turned up to stop the "Hate Truck" run by Peter Madden.  He is a self-pronounced 'Christian Activist'.  I didn't get to see the truck, however as you can see on his website, the signs on it say "not my children! not on my watch!" and "the dark side of same-sex marriage. homosexual sex ed for your children".

Before I write about what happened at the event, let me just quickly explain what is wrong with these signs.  Children will not 'become homosexual' (or asexual, bisexual, pansexual or any other sexuality) just by learning about it in class.  Rather, they will just be educated in safe sexual practices that will ensure that they reduce their risk of diseases and health problems in the future.

Now on to the night!

We stood and chanted from 6pm to 7:30pm.  The majority of the chants were peaceful, however some were a bit problematic for me: "Fuck off, Madden, Fuck off!" and "1, 2, 3 and a bit, Madden is full of shit, 5,6,7, 8, we don't want your hate".  Personal attacks, to me, are not the right way to have a peaceful protest.  Telling them their homophobic views are not welcome is fine, but calling them 'shit' and telling them to 'fuck off' is another thing entirely.  "Hey hey, ho ho, homophobia's got to go" was a good one, as was the "What do we want? Equality! When do we want it? Now!".  Each time there was a truck sighting or an anti-equal-rights-activist sighting, we were told to turn that way and chant some more.  There was even a song with a dance at one point.

There was one sighting of the truck at about 7:00pm-7:15pm and a lot of people ran after it.  They were all hastily recalled and reminded that this was a peaceful protest and to stay away from the truck.  One activist was arrested for standing near the truck.  They were later released without charge.  The police maintained a strong presence throughout the night.

All of a sudden, we were all looking at the top of King George Square (that is only accessible via stairs) and there were about 9-10 middle aged men and one woman (sorry for assuming their gender however, considering they're protesting 'gay marriage'...).  There were police guarding the stairs and the elevator to what I can only assume is an underground carpark where the truck was hidden.

One of the men (I assume Peter Madden) pulled out a guitar and started singing.  Our chanting grew louder.  One of the men leant over the balcony, seeming rather amused at what we were doing.  Then he seemed to start blessing us or praying for us.  I found this insulting and a bad move; you shouldn't interact with either side and this felt like a taunt.  This went on for about 15 minutes then, suddenly, three eggs sailed through the air, one narrowly missing hitting him in the face.  He just smiled and spread out his arms.  The police moved him away from the balcony.  He sat down but as soon as they were gone, stood up again to put his arms out towards us.  The police returned and he didn't do it again.

The egg throwers were not arrested, however I disagree with their tactics.  It makes us look like we're immature and can't be taken seriously (not to mention the animal rights implications of eggs).  It paints us as the bad guys.  Thankfully it was only one or two people who did it from what I can tell (considering only a few eggs were thrown).

The rest of the protest was peaceful; just chanting to drown out any homophobic comments made by the Madden group.  I left at 8pm but it was still going strong then.  I was followed down Queen Street by "Hey hey, ho ho, homophobia's got to go!".  I hope that it has helped to spread the message: equality is something people want and we're not going to stay silent about it.
Written by Kommoner No comments:

It's that part of the week again; there's almost nothing in my fridge.  I decided to make pumpkin chips out of the 1/4 of a pumpkin I had in there.  They're really yummy, but not as firm as the potato chips. 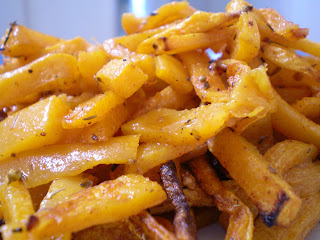 Dairy cheese is made by, basically, allowing milk to curdle and then curing it in a variety of different ways to add different flavours and textures.  This cheese contains a variety of different chemicals and hormones.  It is a concentration of all of the ones found in dairy as it takes about 10 pounds of milk (4.5kg) to make 1 pound of cheese (0.45kg).  One reason that many people find it hard to 'quit cheese' is because of the opiate effect of the casomorphins which are found in milk, but whose affects are exacerbated in cheese.

Most dairy cheese available commercially in Australia has rennet in it.  Rennet is taken from the stomachs of baby cows and used to help it curdle.  There are a few rennet-free dairy cheeses available, however as we know, the dairy industry supports the deaths of 700,000 calves a year.  These calves are allowed to be starved for 48 hours before being sent off to be killed.


Dairy cheese is known for not being the most healthy food you could eat; many people only eat small amounts because of this.  It contains a high percentage of fats and cholesterol, both of which people do not need in excess. A person could be led to think that cheese has a lot of things that they can't get anywhere else, however all the vitamins (A, B12 and more) and minerals (calcium, zinc and phosphorous) can be found from other more ethical sources.

If you really do enjoy cheese, why not try some healthy, cruelty-free alternatives?  The Vegan Store has a big range, you can find Tofutti cream cheese and cheese slices at the supermarket or you can try to make your own.  There are more available than I have just listed, feel free to try them all and find a favourite that is better for you and the cows!


Please note that I have only discussed the treatment of cows in the dairy industry and the composition of cow cheese.  I have not yet had a chance to research cheese from goats or sheep.

The co-op at uni had a sale on mung beans (I got just under a cup for 55c; I'm horrible at guesstimating weights) so I thought it was the perfect opportunity to finally try some out, after having a delicious mung bean dahl at Vege Rama. 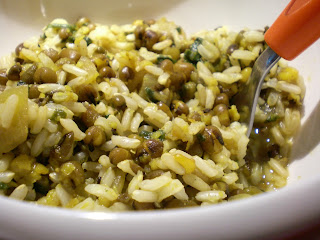 This is a combination of an altered chocolate cake recipe cobbled together from a few different sites and a chocolate icing recipe that I made up after looking at a few different non-vegan sites.  I made it for a friend's birthday and they really enjoyed it and got lots of positive feedback from all of their friends.  The batter is pretty delicious as well! 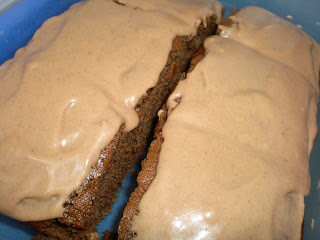 For the month of March, 10% of all sales and all donations from baked goods will be going to Rio's Rat Rescue.  (Let me know what flavour cupcakes you want for the markets on my facebook page!)

Rats are overlooked when it comes to rescues; there are many for cats and dogs (although, still not enough to deal with the amount of animals that are abandonded/neglected).  I am happy that I have finally found a rat rescue as these critters are beautiful!

Rio's Rat Rescue is run by a vet nurse in Brisbane.  It is a home run shelter that has only recently started out but is already having an impact.  If you would like to donate some of the items they need (cages, toys, water drippers, etc), please email rio.graham(at)hotmail.com, I'm sure they'd love to hear from you!

If you've been considering adopting a pet, why not take a rat in?  I myself am hoping to soon adopt two (once I hear back from the rental agency).  For information about looking after your rat, check out The Dapper Rat and for information on what to feed them, check out Veganza.

Email ThisBlogThis!Share to TwitterShare to FacebookShare to Pinterest
Tags: charity

I was heading off with my friend to go to dinner at one of their friend's houses.  I've been raised to always take something when going to someone's house.  So I desperately scrambled around the kitchen in last minute haste, looking for something I could bake.  I found four bananas and some flour and sugar.  Using the choconana muffin and banana bread recipes, I created banana cupcakes. 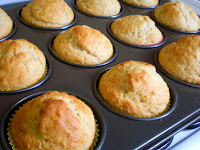 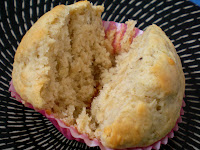 My best friend absolutely hates chickpeas (I know, I know, how could you hate them?!) so I had to find something easy and cheap to make for them while they were over.  I found this recipe and modified it a little below, and added the price of the ingredients. 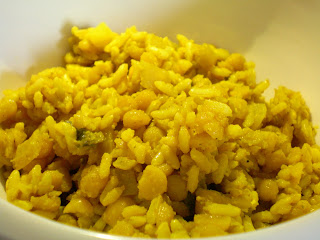 Total: $4.65
Written by Kommoner No comments:


Today I had the privilege of having the creator of END:CIV, Franklin Lopez, come in and talk to us about the film.  He explained how it was sparked by attending a talk about peak oil.  It was there that he first heard Derrick Jensen speak.  Franklin bought Derrick's books and this movie is a summation or introduction to some of the premises that are outlined within them.

This film is confronting, but it needs to be.  The issues that it covers are not small, are not going to go away and they need something to be done now.
Written by Kommoner No comments: